An Interview with Patrick Laracy about Red Moon Resources conducted by Daniel Barankin, CEO of 6ix. 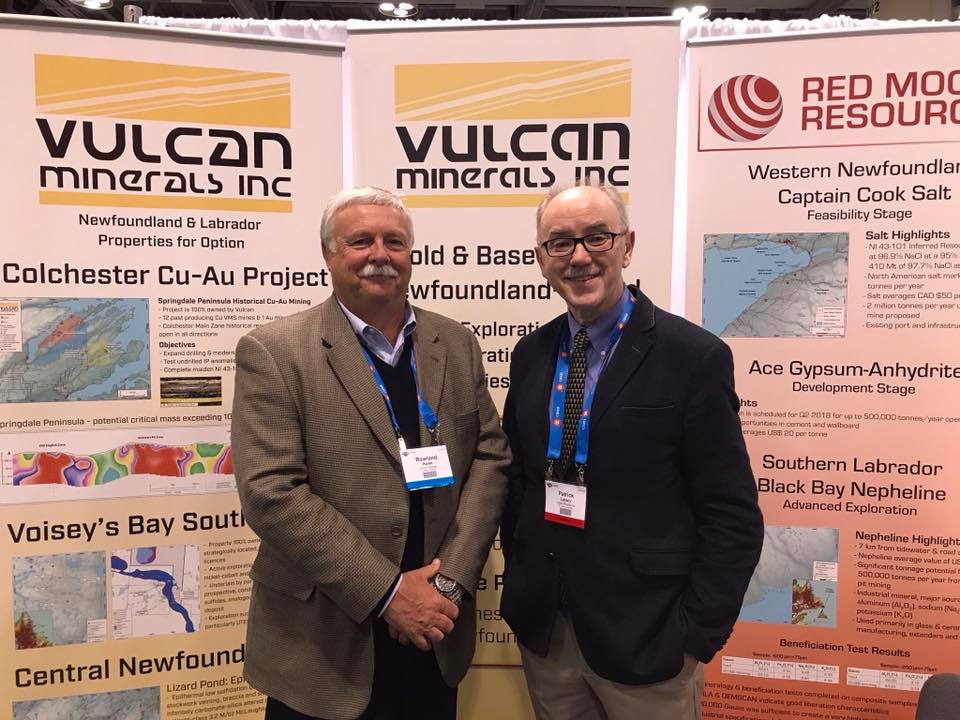 IMAGE: Rowland Howe on the left Patrick Laracy on the right

DB: What are some of the challenges in marketing a salt development?

PL: Well, the initial challenge of marketing our salt venture has been to just educate ourselves and potential investors about the salt business and salt mining. New salt mines are rarely developed. From an investor’s perspective you don’t run into a new salt mine development very often, so it is important to understand fully the economic and development implications of the project.

DB: How does the market’s appetite seem for salt projects?

PL: Like most things, timing is everything. We are fortunate that there’s a market opportunity in Eastern Canada right now for a new salt supply.

Potash Corp of Saskatchewan operated a mine in New Brunswick for many years, and a byproduct of their potash production was 800,000 tons of salt. Potash Corp has shut down their potash mine, removing 800,000 tons of salt from the regional supply. This opportunity combined with other market realities in the northeast US Seaboard provide that rare opportunity, to put a new salt mine into production. 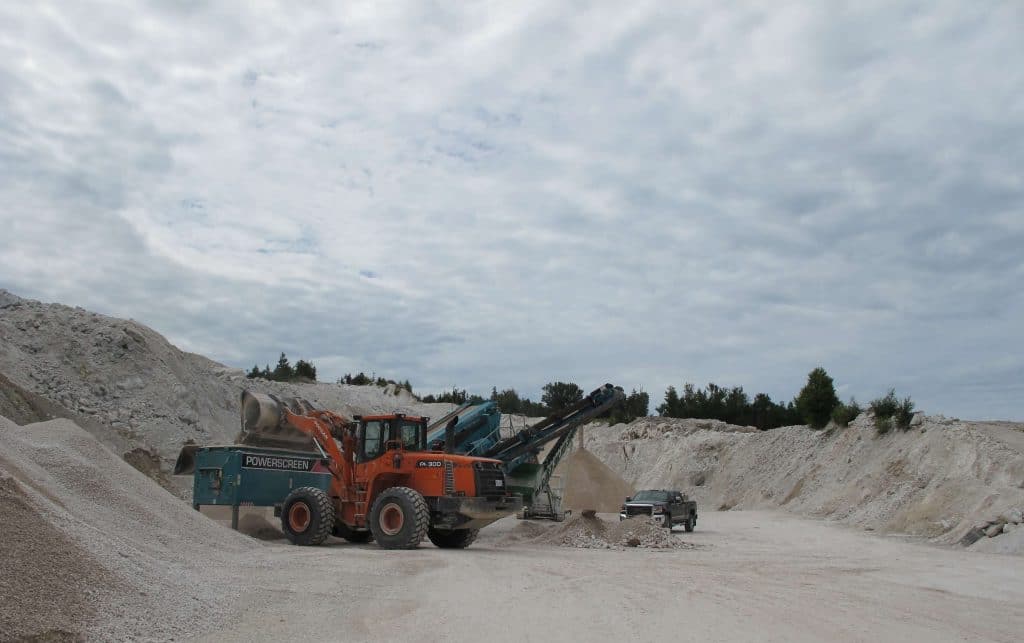 DB: What are the major developments with your nepheline project?

PL: This year we acquired a bulk sample on the Black Bay Nepheline project

We had a geological crew on-site for three weeks, channel sampling the deposit. We cut surface samples amounting to 3.5 tonnes of material which we are currently analyzing. That volume of material is significant because we want to scale up the analysis that was carried out in 2016. In 2016 we had a smaller sample with geochemistry and metallurgical characteristics that are very favorable to meet industrial specifications.

We are looking forward to the results of this bulk sample metallurgical work early in 2018.

DB: How are things progressing on the Ace Gypsum deposit?

PL: We recently completed a 26 hole drill program on the Ace Gypsum deposit in western Newfoundland. This was crucial in terms of delineating the reserves of gypsum for the project.

As you may recall, the Ace Gypsum deposit is situated in the old Flat Bay gypsum mines. Those mines produced gypsum for 20 years. Our goal is to revitalize that
mine site, starting with the Ace deposit.

We recently acquired a mining lease over the deposit. We are preparing a development plan to be submitted to government in order to proceed with mining.

The results of the drill program were quite promising, and it confirmed our initial estimation that there are between three and five million tons of gypsum and anhydrite located there, which is more than sufficient to start mining the area. We plan to be mining in the second quarter of 2018. 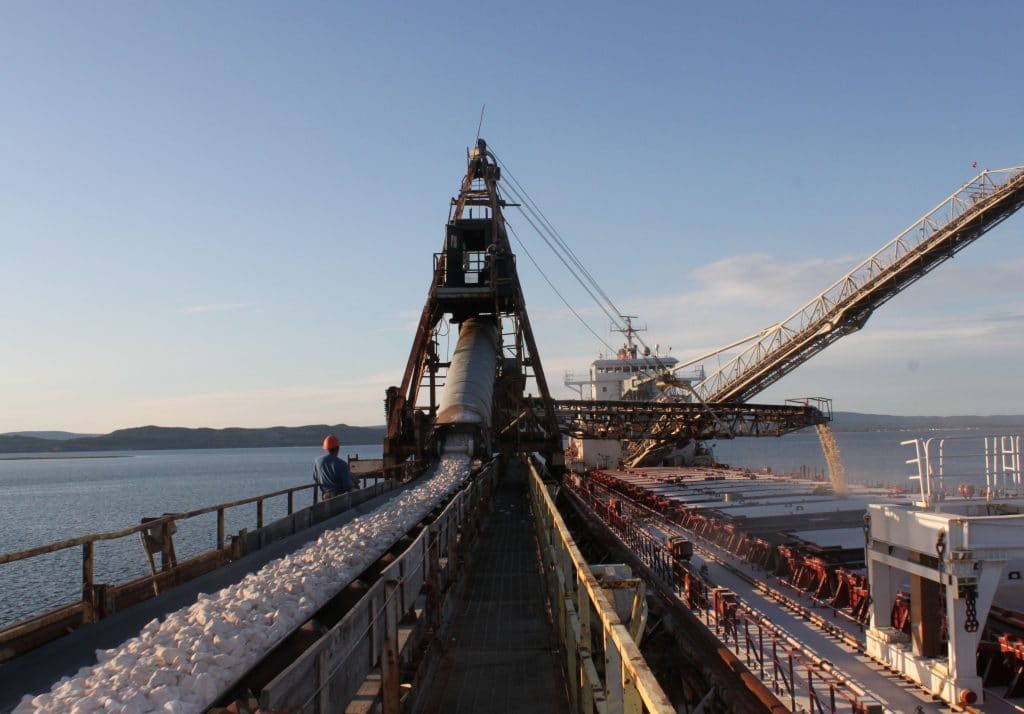 DB: How do all of these projects tie in with each other?

PL: Our various projects in Red Moon all involve industrial minerals which trade on a contract basis unlike base metals which are more widely traded on a spot market.

The key to marketability is meeting certain industry specifications. We know that our industrial minerals are in the demand and we’re working dilengtly through the sampling process and metallurgical studies to assure ourselves that these materials are going to meet the end-user specifications.

Industrial minerals that we’re pursuing here, particularly the gypsum and the nepheline syenite, are projects which can be brought to production relatively quickly compared to base metals and precious metals. That means a shorter distance to cash flow for us.

These industrial minerals generally don’t have the price volatility that you would see with base metals, so there’s a more predictable trajectory in terms of potential cash flow into the future.

When we combine our Industrial minerals with the discovery upside of precious and base metals in Vulcan we are exposed to the best of both worlds: We have the potential significant share appreciation with a discovery of precious or base metals, while simultaneously generating a lower-risk cash flow stream from the development of our industrial minerals. This lower-risk cash flow will provide sustaining capital to weather the market volatility of base and precious metals exploration and development.

DB: As we enter into 2018, what should investors look forward to?

PL: I believe 2018 is going to be a very exciting year for Red Moon Resources.

We’ve been working diligently for the last couple of years on acquiring and generating projects and have added value to all them particularly the Captain Cook salt project.

We are expecting to do a deal on the Captain Cook project in order to carry out the required feasibility study for development. The salt deposit has a lot of infrastructure advantages and there’s an opportunity in the marketplace right now, so we’re confident that we’re going to get this feasibility study done. We also believe that it’s going to be a positive feasibility study, which will underpin the necessary financing to develop the project into a mine.

With respect to Nepheline, we’re expecting to get positive results from the bulk sample that we acquired in 2017. That would be a threshold event because that would support a drilling program to prove up the reserves and establish it as a project that will attract partners to finance towards production. The Nepheline deposit can be mined by open pit and is only five kilometers from deepwater.

Given that we’ve added significant value to all our projects we are confident in the future outcomes for the company.